Selby Tax and Accounting Team is ready for the 2020 Tax Filing Season!

The Internal Revenue Service opened tax filing season January 27 and begins to accept and process federal tax returns for tax year 2019. The deadline to file a 2019 return and pay any tax owed is Wednesday, April 15, 2020.

There are changes for the 2020 Tax Season affecting 2019 taxes, here are three most important:

There are seven federal tax brackets for the year 2019, the below numbers are the 2019 Individual Income Tax Brackets.

If you’re preparing your income taxes and your refund isn’t as big as you had bargained for, there’s no reason to panic.

Due to changes in the tax code, you’ve likely been receiving more money in each paycheck.

But many people have forgotten that fact, according to local tax preparers.

“Ultimately, I’ve been seeing that people have been paying less tax,” said Grand Haven-based accountant Abby Selby said. “They’ve gotten it throughout the year in their paychecks. It’s just a matter of us explaining it to them.”

Because the amounts are spread out over the course of a year, many people have not noticed the slightly larger paychecks “because it wasn’t significant enough,” Selby said. So, some people were upset when they discovered they would be receiving a smaller refund than in past years.

“People are definitely seeing a decrease in refunds,” Selby said. “Once I explain it to them and can show them their two-year comparison, then they understand and they’re fine. But, at first, they get a little upset.”

Although refunds are smaller, it’s not by much, Selby said.

“I don’t think it’s that significant from what I’ve seen,” she said. “Not to where somebody would have gone out and spent thousands of dollars, expecting a bigger refund. It’s not that big of a difference.”

Selby said some people like to use their withholding as a forced savings account. However, this means the government has free use of your money.

“Based on your goal, you can plan ahead and adjust your withholding,” Selby said.

George M. Gardner Jr., an accountant with Grand Haven’s DeBoer, Baumann & Co. PLC said though he’s been working on mostly business returns so far this tax season, he’s heard that some people are surprised by their smaller-than-expected refunds.

“The problem is that the IRS revised the tax tables back when the Tax Reform Act was passed in December 2017,” he explained. “What it appears happened is they revised them so maybe too much is being put in the employee’s paycheck each week. You get to the end of the year and they don’t get the big refund they always anticipated.”

But even with a smaller refund, the bottom line is better for almost everyone, according to Gardner. According to the research he’s done, Gardner said most people got some kind of a tax cut — and some more than others, depending on the situation.

“I didn’t come across anyone who is paying more, all things being equal,” he said. “If everything else is equal, the tax cut was there. I think it’s the withholding tables that are causing these people the concern.”

For example, if an employee received an extra $20 a week in his or her paycheck, that comes to about $1,000 a year.

“They’re used to that $1,000 (in their refund),” Gardner said. “They look at their refund and it’s a lot less than last year. It’s because they got it in little bitty pieces during the whole year.”

Gardner said it’s wise to adjust your W-4 Employee Withholding Allowance Certificate so that you end up near the break-even point of not owing a lot in taxes and not getting a big refund.

“That’s really where you should be,” he said. “Otherwise, you’re giving the IRS an interest-free loan. Why do that? Some people think it’s kind of forced savings. Take the amount and put it into a 401(k) plan or an IRA. People have to think about retirement and saving for that. If you get $2,000-a-year tax refunds, put it into an IRA at $40 a week and reduce your withholding. Now, it’s your money.”

Tax Season is officially here. At this time you will start receiving your W-2s, 1099’s and other tax-related documents in the mail. This is a great time to start getting organized and preparing to help make the filing process smoother and less stressful.

Selby Tax and Accounting Team prepared this Tax Organizer designed to help you collect and report the information needed to prepare your income tax return. These worksheets cover income, deductions, and credits, and will help in the preparation of your tax return by focusing attention on your specific needs.

Please enter your information in the designated areas on the worksheets. If you need to include additional information, you may use the back of a worksheet or an additional page.

When possible, information is included for your reference. You do not need to make any entries.

Note: The General Questions and Business/Investment Questions worksheets include a variety of questions designed to assist in completing your tax return. If you answer yes to any of the questions, be sure to provide the applicable details.

If you would like a personalized organizer, please call the office.

Tax appointments are not necessary, you can drop off at your convenience.  Monday through Friday 8-5 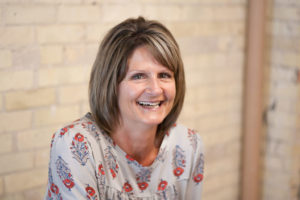 Julie Butterworth studied accounting at Kankakee Community College after high school graduation. She comes to Selby Tax and Accounting with 25 years of accounting experience. She lives in the Grand Haven area with her husband. They have 3 grown children and 1 grandson. She loves summer weekends at their Lake house, traveling and spending time with her grandson.

Child tax credit: The child tax credit (CTC) is doubled from $1,000 per qualified child to $2,000, subject to a phase-out for high-income taxpayers. Under a late amendment, $1,400 of this credit is refundable. In addition, the new law creates a $500 nonrefundable credit for non-child dependents.

Casualty and theft losses: This itemized deduction is eliminated, but it is preserved, with certain modifications, for losses incurred in federal disaster areas.

Section 529 plans: The list of qualified expenses for Section 529 plans is expanded to include tuition at an elementary or secondary public, private or religious school, plus home schooling expenses, for up to $10,000 per year.

Roth IRAs: The rule permitting taxpayers to recharacterize a Roth IRA back into a traditional IRA after a conversion is repealed.

Health insurance: The new law repeals the health insurance mandate for individuals established by the ACA. This change doesn’t take effect until 2019.

Estate tax: The federal estate tax exemption is doubled, resulting in an inflation-indexed exemption of $11.2 million in 2018.

Business Tax Provisions
Unlike the individual tax provisions in the new law, the key provisions relating to businesses are generally permanent. Following is a brief rundown.

Pass-through entities: Under the new law, pass-through entities — such as partnerships, S corporations, limited liability companies (LLCs) and sole proprietors — can claim a 20% deduction on earnings, subject to special rules restrictions. The deduction is not available to higher-income personal service providers.

Bonus depreciation: Similarly, the new law doubles the first-year “bonus depreciation deduction” from 50% to 100%, but phases it out after five years. The deduction generally won’t be available after 2026.

Luxury car rules: The new law raises the caps on depreciation deductions allowed under the “luxury car” rules for passenger vehicles for which bonus depreciation is not claimed.

Corporate AMT: Unlike the individual AMT, the corporate version of the AMT is completely repealed.

Entertainment deductions: The deduction for business-related entertainment is repealed. Businesses can still generally deduct 50% of the cost of qualified meals.

Interest deductions: Deductions for business interest expenses are capped at 30% of AGI, subject to certain special rules. However, a small business with average gross receipts of $15 million or less for the past three years is exempt.

Foreign taxes: A one-time repatriation tax of 15.5% for liquid assets and 8.0 percent for illiquid assets is imposed on earnings from overseas. Furthermore, a complex new system for international taxation is being implemented.

So what should you do before year-end?

Business owners move expenses into 2017 to get your income down more now at the higher tax brackets.

For questions or to schedule an appointment contact us here.

Rena Curry studied accounting at Muskegon Community College after graduating high school in 1988.  She worked in the financial services industry for over 25 years.  Rena is a Grand Haven native and is married with two grown sons.  She enjoys camping, photography and time with her family. 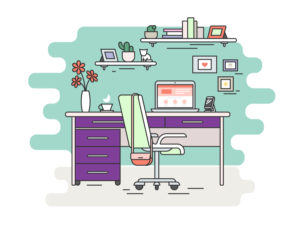 Home Office Deduction – Simplified Method Starting in 2013, it’s much easier to take the home office deduction on your sole proprietor business.  Small business owners no longer have to deal with … END_OF_DOCUMENT_TOKEN_TO_BE_REPLACED

When it comes to accounting, tracking sales and expenses, and taxes it can often cause a headache for most business owners. Quickbooks makes it easier … END_OF_DOCUMENT_TOKEN_TO_BE_REPLACED 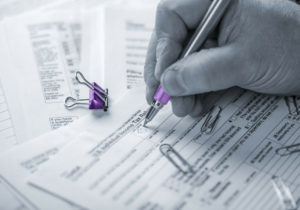